Why is Distilled Water Recommended for Baby Formula?

It's no secret that distilled water is the best water to use when reconstituting formula. Pediatricians and formula makers recommend using distilled water for baby formula because it is clean and free of possible contaminants like lead, pesticides, bacteria, viruses, nitrates, and more. The damage from ingesting these toxins can lead to lifelong health problems, or in extreme cases, death.

Most people don't really know what's in their tap water. While tap water is generally considered safe for most people, even municipalities openly state that it may not be suitable for vulnerable populations. Because babies have such small bodies, the effect of certain toxins, viruses, or bacteria can be devastating. 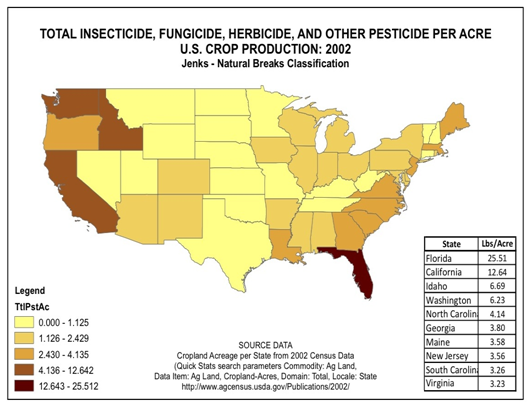 Lead contamination, which has most recently occurred en masse in Flint, Michigan, has negatively affected countless children. Babies and children who ingest lead can never get rid of it. It causes learning disabilities, lower IQ, shorter stature, anemia, hyperactivity, and impaired formation and function of blood cells. It can also cause coma or death.

High levels of nitrates in water have caused blue baby syndrome. A baby with this disorder can have diarrhea, vomiting, and be quite lethargic. The baby's lips and skin may appear blue as the red blood cells are robbed of oxygen by nitrates in their blood. If not quickly treated, it can lead to death.

No one would want pesticides or other chemicals to find their way into their baby’s formula. Over 1 billion pounds of pesticides are used each year in the USA. "Although the EPA regulates and monitors several drinking water contaminants, many pesticides are not regulated contaminants." (Source: National Pesticide Information Center http://npic.orst.edu/envir/dwater.html) Did you know that pesticide levels may vary from state to state and from one season to another? By using distilled water for formula, you remove any doubt about what you are feeding to your baby.

Boil alerts happen all the time, all over the country, for one reason or another. Sometimes a natural disaster requires a boil alert, and other times, it is a human-made disaster. Boiling water is supposed to kill any potential hazardous bacteria or viruses. Since distilling water already boils the water and captures clean steam, it is healthy and safe for babies. We all know how devastating E.coli, Salmonella, or Legionella can be to an adult. Imagine a baby ingesting one of these bacteria.

Perhaps one of the most compelling reasons to use distilled water for baby formula, as well as for drinking water for the whole household, is the unknown contaminants. Not every chemical or toxin is tested for by your local municipality. It is deemed "safe," but it's not necessarily the best drinking water or the healthiest drinking water. "One study found several pharmaceuticals in treated tap water, including atenolol (a beta-blocker), carbamazepine (an anticonvulsant), gemfibrozil (an antilipidemic), meprobamate (an antianxiety medication), and phenytoin (an anticonvulsant)." (Source: PBS.org https://www.pbs.org/wgbh/nova/article/pharmaceuticals-in-the-water/) Using distilled water for babies is absolutely the safest choice for parents and caregivers.

Distilled water is the healthiest drinking water for your family, including your baby. A Pure Water Distiller takes your tap water and turns it into 99.9% pure water through a process similar to the hydrologic cycle. It is superior to other purification methods in that the resulting water is cleaner and produces less waste, either plastic waste from bottled water or water waste from reverse osmosis.

Pure Water Distillers for Home Use

Check out our line of home water distillers 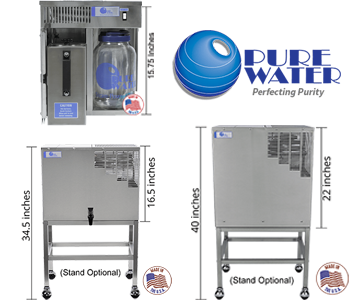